By Hamilton BarnettJuly 12, 2022No Comments

Deya Dova is collaborating with Electronic Music Producers from around the globe to remix select songs from the Planetary Grid Music Collection!

These remixes synthesize the vocal Earth frequencies Deya has recorded live in Nature around the planet, with the latest cutting edge Electronica. Bringing the Planetary Grid music into new realms of embodiment for the global conscious dance floor and beyond!

The remixes are to be released as a series of singles over several months through Deya Dova’s own label Reflekta Records.

The 1st remix lands Friday July 8 and is by Guatemala based producer and organic beat maestro MOSE.
Weaving a super deep sacred dance floor mix of Valley of the Ancients – from Album 9, Koyangwuti, of the 12 album Planetary Grid Music Collection. Mose and Deya Dova first met in Costa Rica when playing Envision Festival in 2019 and were excited to create together.

Mose recently wrote about his experience of producing the Valley of the Ancients Remix:-

“I have been deeply inspired by the music of Deya Dova for years so it was quite an honor to do this remix of Valley of the Ancients. Being able to fly on the voice of Deya while in this production process was a beautiful journey and I felt deeply supported by her intention flowing through her open channel. It was easy to let my own channels open to support this powerful vocal with a gentle yet powerful tapestry of sound intended to bring the sacred vibration onto the dance floor and into chill out listening spaces around the world.

Oh, and I know that this track was influenced by Mesa Verde. I actually went there for the first time recently as I was touring in that area. I actually grew up in Colorado (fort collins) as well so it’s a nice underlying connection.”

Valley of the Ancients was recorded high up on the edge of a deep cut canyon where two valleys meet at Mesa Verde in Colorado. Where the land touches the stars.

More remixes of the Planetary Grid Music Collection are to follow each month.

Valley of the Ancients (Mose Remix) – Out Now On All Platforms 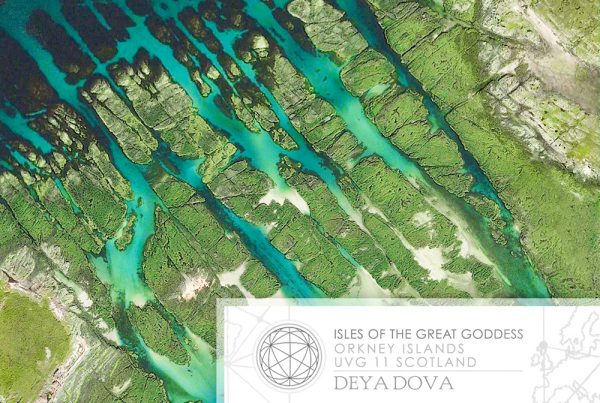